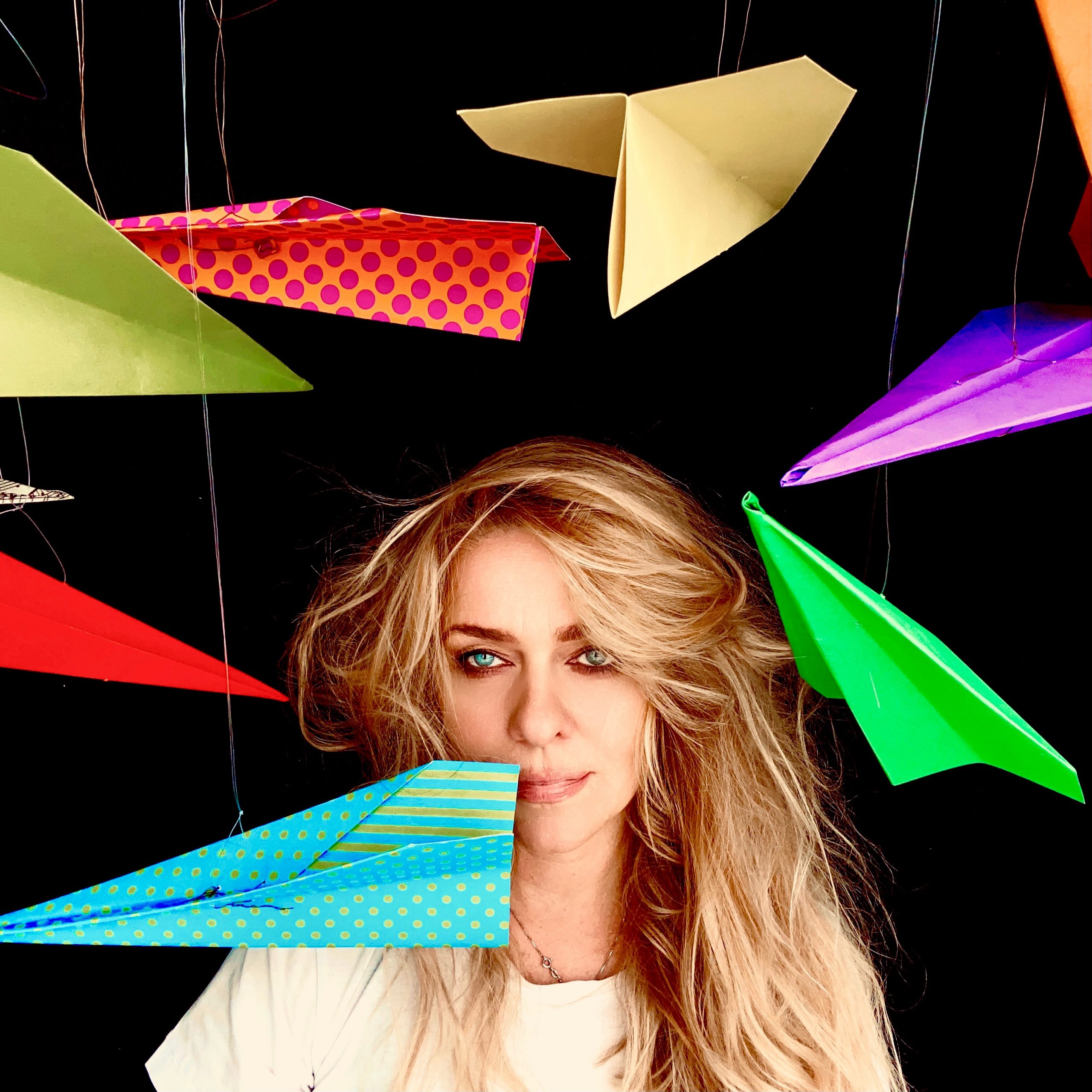 The Airport...It Will Take You Places

“When compared to most songs on Top 40 radio today, which often becomes stagnant, this track is a breath of fresh air. It allows the listener to finally inhale good music. Not since Olivia Newton-John has practical, melodic, music been made. Apart from Elton John, today, music just does not resonate, transcend, and evolve the listener anymore, unless you’ve stumbled across Lena Anderssen.”

“The song is one of melody, of the melancholy address wrapped up in the clothes of hope and the charm of engagement… Lena Anderssen returns to the mind of the music lover with a tremendous single, upbeat, but mindful of its purpose, melancholic but triumphant in its delivery. The Airport is after all just a stepping-stone to the next chapter, and with a new album out later in the year, Ms. Anderssen stamps the passport of what is to come with honour.”

“The Airport’ is upbeat and, as Anderssen turns back the pages on her memories, it transports us back into our own pasts.  Matt Rollings (Springsteen, Mary Chapin Carpenter) delivers rhythmic piano and B7 organ that really gives the song its character.  Horns from Ólavur Olsen and a 30-piece string orchestra add further depth and texture, over which Anderssen showcases her vocal range and ear for memorable melody … Lena Anderssen’s new record promises to be something to look forward to.  Enjoy.”

“The last job I did was a record with Lena Anderssen…I had a great time because her music is very good and she is absolutely wonderful.”

Known for putting her life stories to music with her auto-biographical writing style and personal edge, Lena Anderssen’s forthcoming album State of the Land will be released September 1, 2023.

Recorded in Los Angeles with some of the top musicians in the US joining Lena, like Matt Chamberlain and Matt Rollings, State of the Land has already garnered unforeseen significance, as it also turned out to be the very last album that the legendary chief engineer Geoff Emerick – especially known for his pioneering work with The Beatles on albums like Revolver, Sgt. Pepper’s Lonely Hearts Club Band and Abbey Road – recorded.

With the music being mixed by the Grammy nominated mix engineer Marc Daniel Nelson and mastered by Eric Boulanger and Jett Galindo from The Bakery in Los Angeles, Lena and her producer, Niclas Johannesen, have worked tirelessly the past couple of years for this labour of love to come to fruition.

Lena Anderssen, the Canadian-raised singer, was born in the remote and exotic Faroe Islands, her mother is Faroese and her father a Norwegian Canadian. Lena moved to Canada at the age of three and together with her family lived in places like Vancouver, Thunder Bay, Port Dover and Montreal. When Lena was nearly seventeen her parents split up and she went with her mother and siblings back to the Faroe Islands to live. But already a year later, Lena travelled back to the west coast of Canada, feeling torn between which side of the Atlantic she should call home.

Singing always came naturally to Lena. But it wasn’t until she moved back to the Faroes in her early twenties that she discovered songwriting and fell in love with performing.

In 2006, Lena became the first Faroese artist to record at Abbey Road Studio 2 when she and her songwriting partner and producer, Niclas Johannesen, headed off to London to record at the legendary studio. It was for her album “Let Your Scars Dance” and this included her seminal song “Stones In My Pocket”, which she recorded live at Abbey Road with a string quartet.

Lena has also worked with Danish Grammy-winning producer and mixer Óli Poulsen, who produced one of her first hits “I Still Love You” and her second album “Can’t Erase It”.  The song “Can’t Erase It” landed a placement in the American television series Scrubs and songs from her third album “Let Your Scars Dance” were featured in television series such as Felicity, Nikita and Alias, as well as reality series Miami Social.

Lena has been compared to artists like Tift Merritt and KT Tunstall by the Belgian magazine Rootstime, while music critic Jan Janssen at Real Roots Café compared Lena to classic artists like Joni Mitchell and Patti Smith.

This Faroese-Canadian songbird has toured Europe, opening for artists like Xavier Rudd (AUS) and Beth Hart (US), as well as opening a show for Roxy Music (UK). She was also invited to Norway to play for the Norwegian Prince Haakon.

While touring in Denmark following her 2016 album release “Eagle In The Sky”, Danish music critic, Ivan Rod, attended one of her shows and wrote: “Lena possesses an immense voice which exudes depth, flexibility and honesty…She masters the phrasing and she can tell stories and translate them into relevant songs which on top of everything are melodic, catchy and substantial…The concert proved that she both writes and sings with an authority that is naturally associated with artists like Suzanne Vega and Alanis Morissette.”

In March 2018, Lena Anderssen’s musical journey led her to Los Angeles to record her forthcoming album “State of the Land” with the legenadary The Beatles engineer, Geoff Emerick. A month later he mentioned Lena when being interviewed for the South American online magazine Página 12 saying, “The last job I did was a record with Lena Anderssen, an artist who lives on the Faroe Islands, near Iceland; I finished her album a few weeks ago and I had a great time because her music is very good and she is absolutely wonderful.” In October of that same year, Geoff Emerick sadly passed away. Lena’s forthcoming album was the last full album that Geoff Emerick ever engineered. The title track to this album was released as a single August 14, 2020 on Songcrafter Music and is available worlwide.

Listen to the single State of the Land here: https://orcd.co/lenaanderssen-stateoftheland 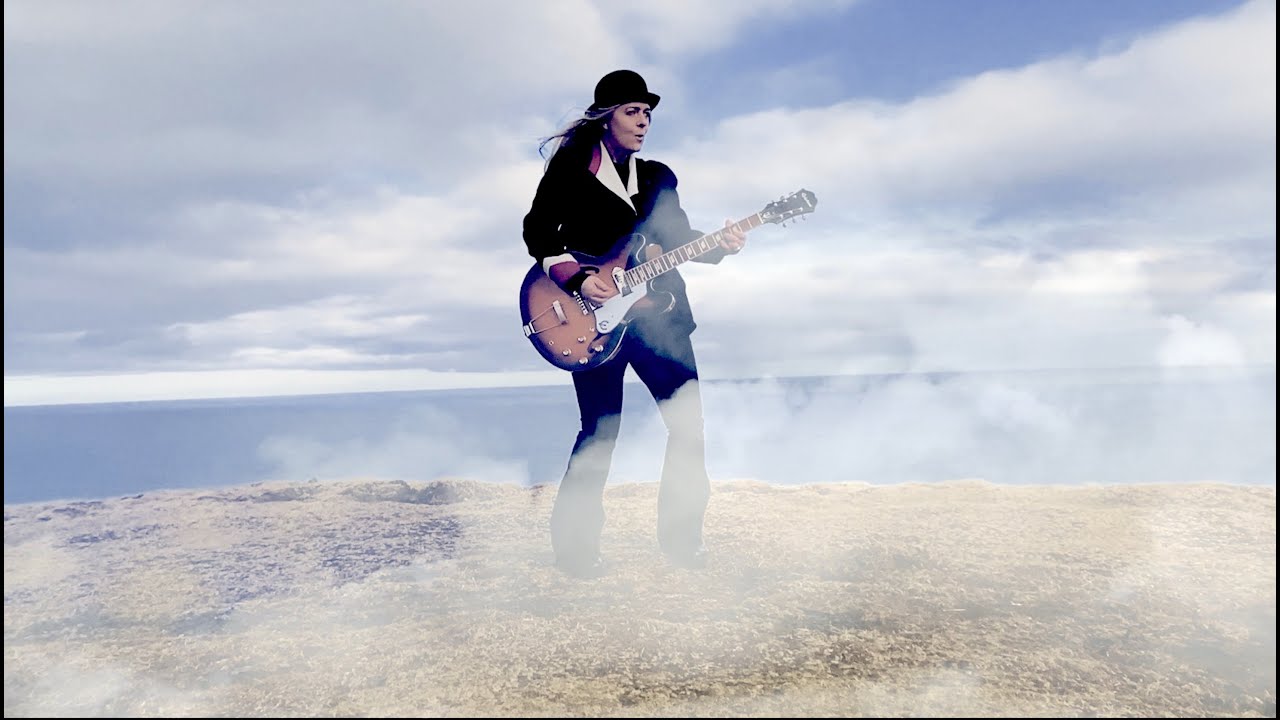 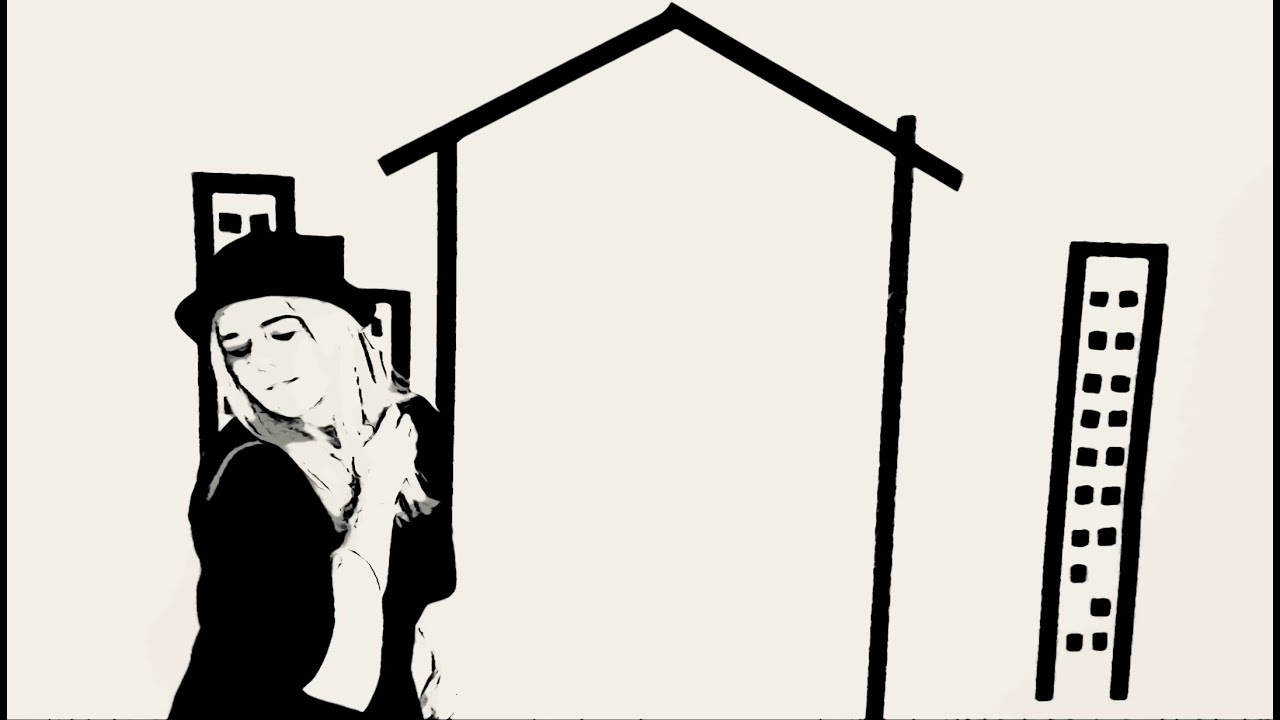 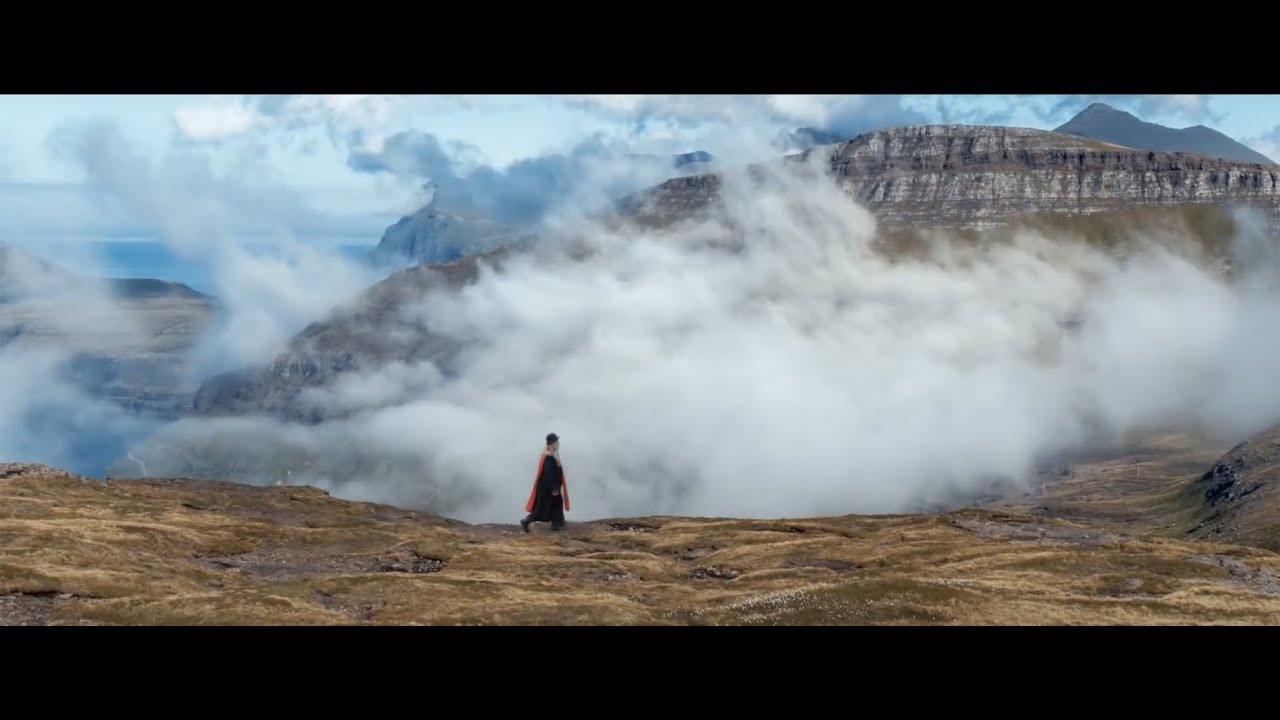 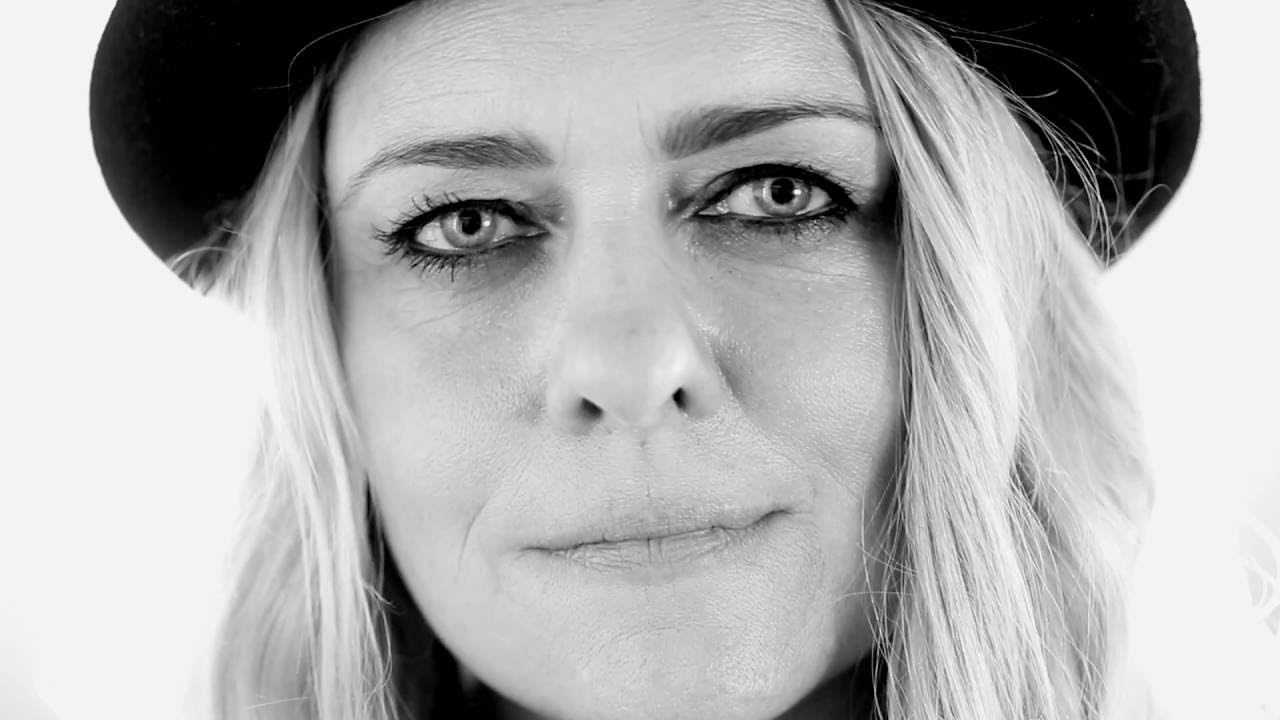 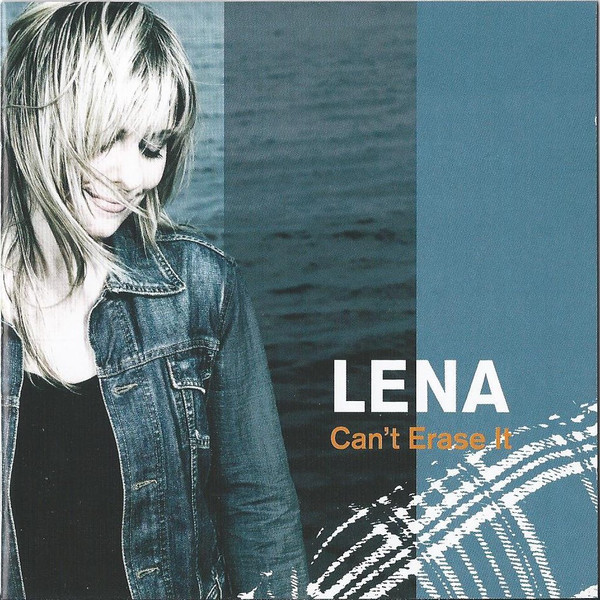 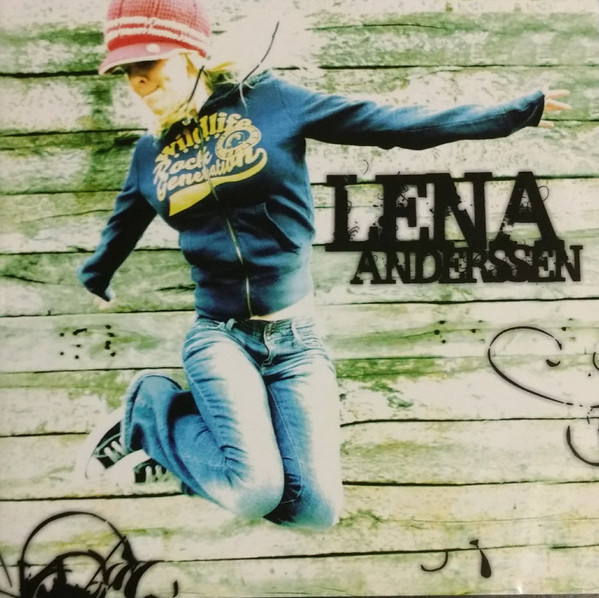 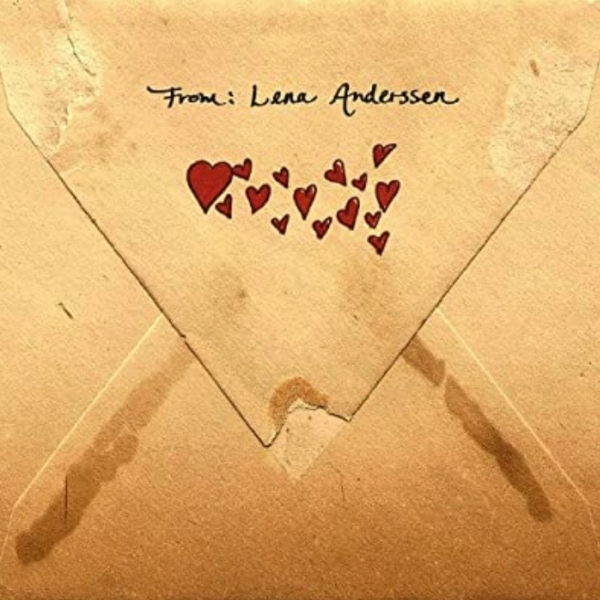 Letters From The Faroes 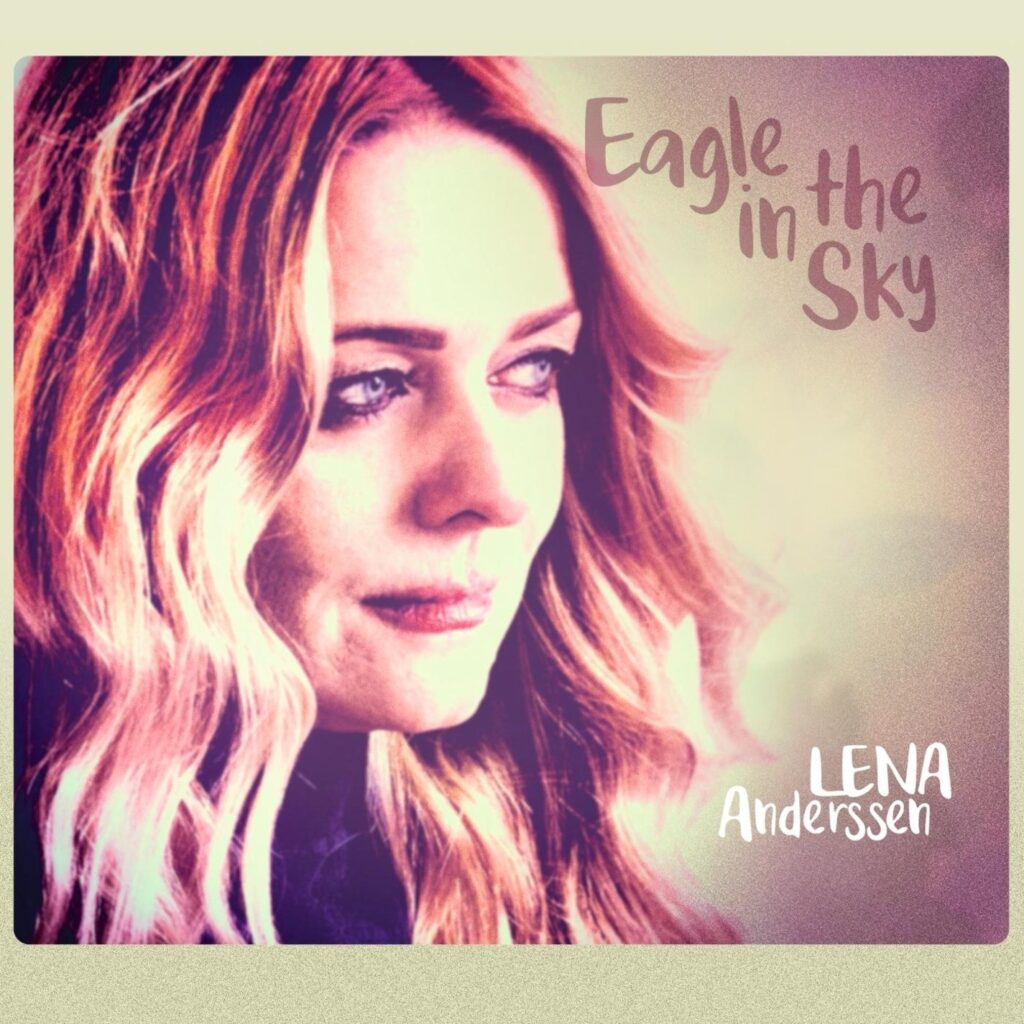 Eagle In The Sky

“The Airport” is out NOW and is the third single off my forthcoming album State of the Land, which will be released September 1, 2023. It’s been an extra special journey, since I was privileged to have the legendary Geoff Emerick engineer this labour of love. Here’s a photo of us at LAFX Studios in Los Angeles in March of 2018.

Listen to “The Airport” on  your favourite streaming platform here: https://song-crafter.lnk.to/airport ♥ LENA IS ARTIST OF THE WEEK ON BBC RADIO ULSTER

“The Late Show” with Eve Blair on BBC Radio Ulster has made Lena Anderssen Artist of the Week!  Eve Blair plays a song of Lena’s each night for the entire week. First show featuring Lena is November 16, 2020.

♥ ALBUM OF THE YEAR

Letters From The Faroes wins “Album of the Year” at  the Just Plain Folks Founders Award show on December 30, 2020!